aspects of science and technology in a very precised size, i.e it deals with atoms and molecules of the particles. In Nepal, we mostly get used to the technology at the micro level such as micro controllers, microprocessors and so on. Nanotechnology encompasses the understanding of the fundamental physics, chemistry, biology and technology of nano metric scaled objects.

Every now and then we hear about the famous talk "There's plenty of room at the bottom", entitled by a famous physicist Richard Feynman. This phrase was talked way before the term "Nanotechnology" was used. The development on the field of nanotechnology did not start until 1981, when a tunneling microscope was invented which could even distinguish a single atom.

So, there's an unprecedented multidisciplinary convergence of scientists dedicated to the study of a world so small, we can't see it, not even with a light microscope.

Let me ask you a question:

What's so small that you can't see it, but it's smart enough to run your iPad or stop cancer?

- If your answer is a microscopic person who is a doctor with a part time job of being an electronics engineer, then you're not absolutely wrong. But, the answer is "nanotechnology".

In most of the developed countries, Nanotechnology has found a place in consumer products, medical treatment, the food industry and so much more. In fact, it's becoming increasingly harder to keep track of where nanotech isn't. And the truth is that the technology's potential is nowhere near being reached, not even in the highly developed countries. Many of the big breakthroughs are still being worked out in laboratories. And only some of the simplest forms of nanotechnology have really come to the marketplace.

Some of the best examples that nanotechnology exists today are:

3D Printing, also known as additive manufacturing is an art of turning a 3D design on your computer into a solid object. It's a sort of extension of Computer Aided Design, which has so transformed professions such as engineering and architecture. 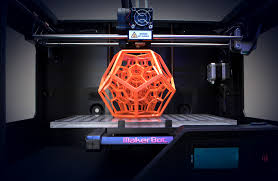 You draw the design on a computer screen, and the data then drives a machine which spreads thin layers of plastic or metal powder on top of each other. Each layer is solidified by a sort of laser welder or sinterer; at the end of the process you blow off the unsitered powder and the object you drew on the screen is transformed into complex, intertwined three dimensional reality.

The inception of 3D printing can be traced back to 1976, when the Inkjet printer was invented. In 1984, adaptations and advancements on the inkjet concept morphed the technology from printing with ink to printing with materials when the founder of 3D printing, Charles Hull invented stereolithography, a printing process that enables a tangible 3D object to be created from digital data. The technology is used to create a 3D model from a picture and allows the user to test design before investigating in a larger manufacturing program. 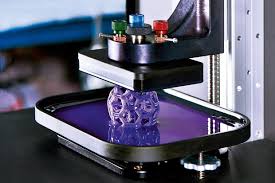 In spite of the fact that 3D printing was invented in the 1980s (really), only recently has it become accessible for anyone besides huge corporations. Since, it has become available for just about anyone to use, it has exploded in popularity. It seems like prices go down, quality goes up, and more materials are available every day. It's a good time to be a maker and better techniques and materials are turning 3D printing into manufacturing operations so called addictive manufacturers, as opened to the cutting and grinding and sawing that has typified engineering up to now.

In theory, it seriously reduces the need for factories, production lines, warehouses, transport around the world from great production hubs. Many things can be printed up for digital instruction in a neighborhood print shop, and carried home under your arms, rather than shipped in a container of loads around the world. This is a very big step. It individualizes industries which until now have been dominated by mass production. In theory, every single product can be different, made to measure, as operators learn how to make things with mixed materials on larger and larger scales.

As a proof of its versatility, in a few decades, 3D printing has already seen the use in the field of architecture, construction (AEC), industrial design, automotive, aerospace, military, engineering, dental and medical industries, biotech (human tissue replacement), fashion, footwear, jewelry, eyewear, education, geographic information systems, food and many other fields.

In today's generation internet has undoubtedly an enormous impact on our lives, But still there are 5 billion people that is 2-3rd of the worlds population without internet access, because for every one person in the world that can get online, there are two that cant. So Google X has launched a project called project loon, a balloon powered internet for everyone with a mission of providing internet access to the people in the rural and remote areas. 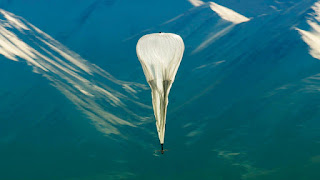 The project uses a network of high altitude balloons flying around the globe on the stratospheric winds at an altitude if 18 km to create an aerial network with up to 4G-LTE speeds. So these balloons floats in the stratosphere twice as high as airplanes and the weather to beam internet access to the ground.

In the stratosphere there are many layers of wind and each layer of wind varies in direction and speed. project loon uses software algorithms to determine where it needs to go,then moves each one into a layer of wind blowing in the right  direction. They are steered via solar power and ensured that they catch the right winds to keep them together and give good internet coverage on the ground. The patterns of the balloon sailing in the wind is shaped so that when one balloon leaves, another balloon is set to take its place. They communicate with a specialized internet antennas on the ground, then each talks to its neighboring balloon and back to the ground station which is connected to local internet service provider.

This creates one large communication network in the sky. The antennas have been designed to receive signals from project loon only to achieve high bandwidth over the long distance involved.

As the balloons floats at high altitude there may arise problems of air pressure, damage from UV radiation and changes in weather conditions. But the balloon envelop is carefully designed to withstand these conditions.
The balloon's envelope is made from polyethylene plastic. Each balloons electronics are powered by an array of solar panels, These solar array is placed at steep angle to effectively capture sunlight so that it can produce power in full sun to keep the electronics running and also store power in the lithium ion batteries so balloon can operate in night.
On 16th June 2013 Google began a pilot experiment in New Zealand where about 30 balloons were launched. Google has tested its balloon powered internet access venture in Piaui, Brazil and in Sri Lanka. 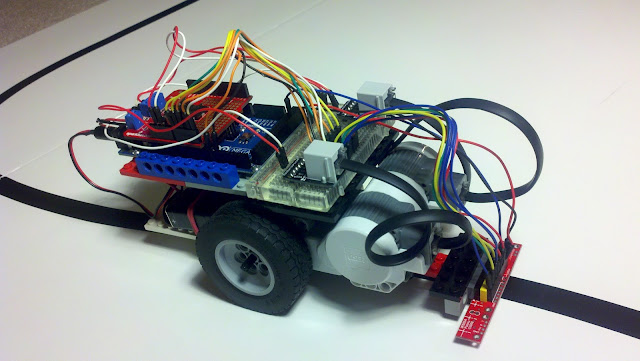